IRG is an ambitious research and advocacy project that aims to help systemically reform the interrelated global institutions and regulations that are perpetuating global poverty. With an initial focus on the Sustainable Development Goals, which will replace the Millennium Development Goals, ten other areas are also targets: (1) illicit financial flows, (2) international resource and borrowing privileges, (3) intellectual property law, (4) democratization and accountability, (5) international labor standards, (6) international trade, (7) environmental sustainability and climate change, (8) global migration, (9) the arms trade, and (10) debt. The project launched in 2012 and is led by ASAP President Thomas Pogge and Mitu Sengupta. Read more here.

Global Poverty Consensus Report (GPCR) – a joint project of ASAP and CROP aiming to highlight existing academic consensus on the causes and remedies for global poverty.

Academics are often portrayed as being in disagreement with each other. However, digging deeper, this is often only disagreement on specific points rather than more general principles. In the run up to the end of the Millennium Development Goals, this project and subsequent report was designed to highlight the broad overlap of academic opinion regarding the best ways forward in terms of global poverty alleviation. Based on thirty-nine interviews done by Gilad Tanay in 2012, the analysis was written by Alberto Cimadamore and Lynda Lange. Read more about it and download it from here. 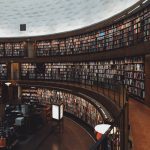 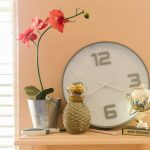